How to Install and Watch NBC on Firestick / Fire TV 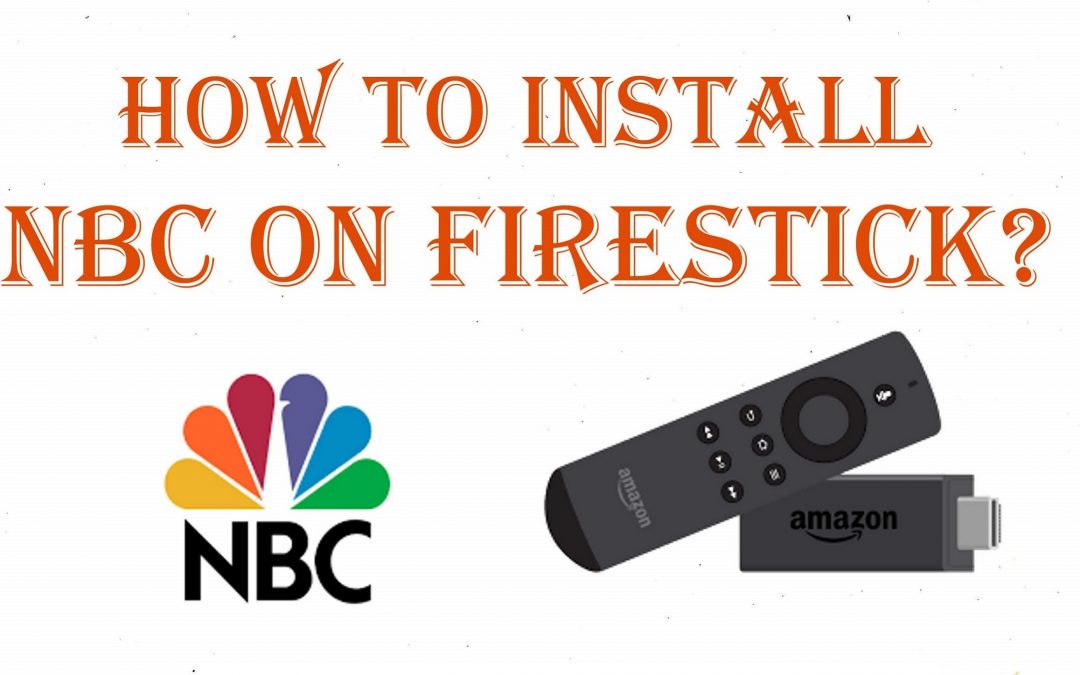 NBC Stands for National Broadcasting Company; it is a US-based television streaming app that streams all the current NBC TV shows and movies. It allows you to watch more than a thousand hours of NBC media content that includes movies, shows, drama, and live news from NBC channels such as SYFY, Bravo, and many more. The main advantage of using the NBC app is that all the NBC content is made available free of cost. However, you need a valid cable TV subscription account to access the NBC app. Also, in the following section, you will find how to install the NBC app on your Firestick.

How to Install NBC App on Firestick

NBC app is an official app on Amazon Firestick that you can download directly from the Amazon App Store.

1. Connect your Firestick with the HDMI port on your TV and turn it on.

2. Then, connect your Firestick to wifi.

5. Use the virtual keyboard to enter and search for the NBC app.

6. From the Apps & Games section, choose the NBC app.

8. Once the NBC app is downloaded, it will be automatically installed on your Firestick device-connected TV.

9. After installing the NBC app, select the Open button to launch it.

Alternative Method – How to Get NBC on Firestick

If you find it difficult to install the NBC app directly, you can sideload the NBC app with the Downloader on Firestick.

1. Once the Downloader app is installed, go back to the home screen.

2. Then, select the Settings icon from the upper right corner.

4. Under the My Fire TV section, select Developer options.

6. Choose the Downloader app and turn it on.

7. Press the Home button on your Fire Tv remote and return back to the home screen.

8. Select the Apps tab from the home screen.

9. From the Your Apps & Channels section, select the Downloader app and launch it.

10. Follow the on-screen prompts and set up the Downloader app.

11. Select the URL box using your Fire TV remote on the home screen.

13. Select the Go button, and the NBC app will start to download.

14. Once the NBC app is downloaded, select the Install button.

15. Finally, the NBC app will be installed on your Firestick within a minute or two.

How to Activate NBC App on Firestick?

After installing the NBC app, you need to activate it. Also, the following steps will help you with the same.

1. Press the Home button on your Fire TV remote for 10 seconds. You can now see a menu displayed on the screen.

2. Select the Apps tab from the menu displayed on the screen.

3. Select the NBC app to launch it.

4. Next, select the More tab from the upper right corner.

5. Now, select the My Profile tab.

7. You can now see the activation code displayed on the screen. Note that code.

8. After that, visit the activation webpage of the NBC https://www.nbc.com/nbcuniversalfamily/activate?brand=nbc.

9. Enter the activation code and click on the Continue button.

10. Now, sign in with your NBCUniversal profile to activate the NBC app.

If you have subscribed to the NBC channel via a cable TV provider account, you can use it to activate the NBC app.

1. Instead of selecting the Sign In button on the 6th step, select the Link button under the TV Provider section.

2. Select your Cable TV provider and follow the on-screen prompts to activate the NBC app.

How to Use NBC App on Firestick

After activating the NBC app, you can easily access it by following the steps below.

1. From your Fire TV home screen, select the Apps tab.

2. Now, navigate to the NBC app and press the Menu button on your Fire TV remote.

3. After that, choose the Move to Front option.

4. Press the Home button on your Fire TV remote, and you will find the NBC app on the home screen.

5. Then, select the NBC app icon to launch it.

6. Now, you can see the home screen of the NBC app.

How to Stream NBC on Firestick Anonymously

2. Enter ExpressVPN on the virtual keyboard and search for it.

3. After that, choose the ExpressVPN app from the search result.

5. Once the ExpressVPN app is installed, select the Open button.

7. Click on the Locations tab and select any server location you want.

9. Finally, you have connected your Firestick to a VPN.

Once all the above steps are completed, you can launch the NBC app and stream your favorites anonymously.

How to Watch NBC on Firestick without a Cable

Even you have the option to access the NBC channel on your Amazon Fire Stick without a cable TV subscription. To do that, you can subscribe to any of the streaming services mentioned below.

Sling TV on Firestick is one of the affordable streaming services that we can think of. And to get the NBC channel via Sling TV, you have to subscribe to the Sling Blue package at $35 per month. Also, with the subscription to Sling Blue, you will get channels like Food Network, USA Network, TBS, Lifetime, NFL Network, and more. Moreover, you will also get 50 hours of cloud DVR storage.

fuboTV on Firestick is also the best choice to get the NBC channel. So, subscribe to the fuboTV Pro plan at $69.99 per month and access the NBC channel along with 120+ channels. Even you will receive 1000 hours of cloud DVR storage. In addition, you can also use your fuboTV account on 10 devices simultaneously. If you are a sports fan, you will also receive a handful of sports-related channels as well.

Hulu on Firestick offers the NBC channel with its subscription to its base plan at $6.99 per month. But the one drawback is that ads will be shown frequently with this plan. However, with the Hulu (No Ads) pan at $12.99 per month, you can access all the 50+ channels without ads. Moreover, the new subscribers will receive a 30-day free trial with any of the Hulu subscriptions.

YouTube TV on Firestick will also help you with watching the NBC channel without a cable. With the subscription to YouTube TV at $64.99 per month, you will access 85+ channels, including NBC. Also, you will get a 60-day free trial if you are a new subscriber. Another additional feature you will get with the YouTube TV subscription is the unlimited cloud DVR storage that you can use to record your favorite shows.

1. Is NBC free on Firestick?

NBC app is free to install on Firestick. However, you need a cable TV subscription account to access the NBC app.

2. Can I watch NBC live on Firestick?

Yes, you can watch NBC live on Firestick with the NBC app.