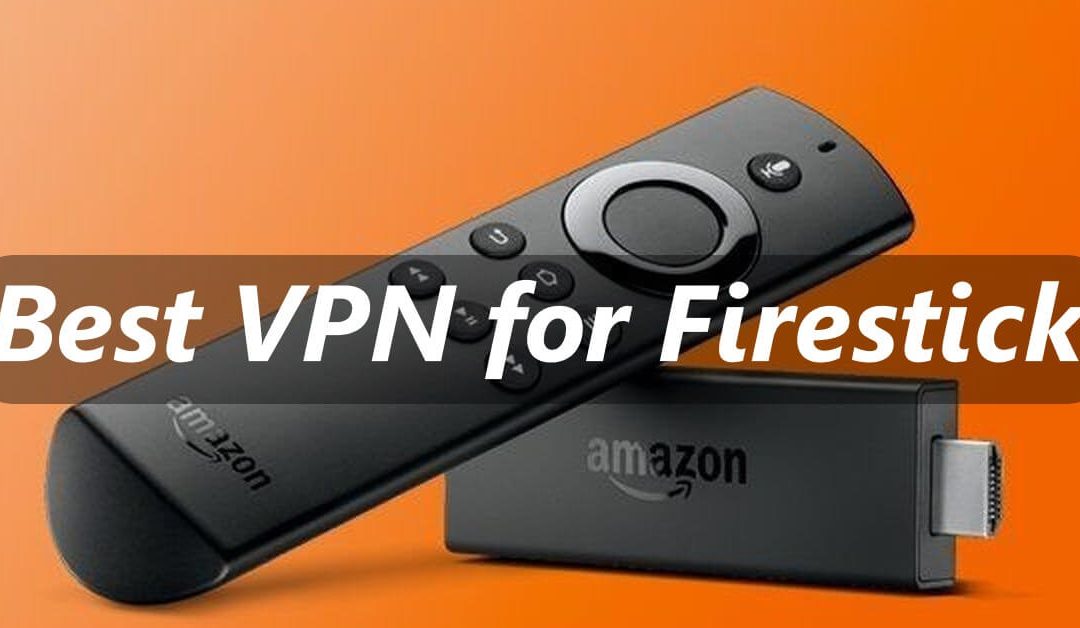 The Firestick is a powerful media streaming tool that has no restrictions when it comes to media streaming. The device Amazon firestick runs on an android based platform which makes it so comfortable and easy for its users to install android apps that are not available on the app store. So you can never miss any of your favourite on firestick. Having said that, we will have a look into the other important aspect which is the security. When you stream and fetch contents from anonymous sites and apps, there are a lot of possibilities that your device getting infected or your personal data being stolen. This is where the VPN apps come in the picture to save you and your firestick. Let us see some of the best firestick VPNs and how to install them on your firestick.

It is highly recommended to use a VPN service while streaming and especially when it involves copyrighted and geo-restricted contents. There are a lot of free VPN apps for firestick that makes the task simpler in securing your firestick. Not only firestick, but the same rule also applies for the Fire TV 4K, Fire TV Cube and other Fire devices too.

Why VPN for Firestick?

The content providers are cautious in not protecting their content from being leaked or stolen. So the pose geo-restrictions so that the contents can only be watched from a specific location. But you may need to watch your favourite TV show or series after you leave to another location. Now a VPN might let you access your favourite content from anywhere.

So a VPN helps you do this by masking your IP address and makes you anonymous. No government or the service providers can track your identity or location while using a VPN.

The VPNs listed below are the best chosen to use on a Firestick.

The NordVPN is a feature-rich VPN app that has more than 5400 servers in 61 countries. It is known for its speed, quality and P2P support it offers. It has strong encryption to safeguard your identity along with the DNS leak protection. NordVPN is strong in its no-log policy. Apart from this, it has double data encryption, Onion support for extra security, malware and phishing protection through NordVPN’s CyberSec technology. The app is natively available on the Amazon app store and becomes easy for the firestick users to choose it.

The service lets its users connect to up to six devices simultaneously. The pricing is more or less similar to the ExpressVPN with plans starting at $11.95 a month. You can save a lot if you pay for a whole year and get 41% discount. You can significantly reduce your VPN expenses if you pay for two years at only $3.99 a month and at just $2.99 for 3 years and more. In this case, it overtakes ExpressVPN in case of long terms plans. To add to this, the NordVPN has efficiently unblocked Netflix, BBC iPlayer, etc that most of the VPNs struggle to unblock. It has a helpline that responds to your queries within 30 seconds of your approach. See how to install NordVPN on firestick.

Related post: How to Install Kodi 18.2 Leia on Windows

ExpressVPN is popularly known for its strict no log policy. They claim that the do not keep any prominent log files like DNS queries, IP addresses or metadata. Every other VPN service does this claim but we don’t know what is the reality. ExpressVPN for firestick can give you the fastest speed to stream HD contents. The app has its own official app on the app store and you get the best compatible native app for your firestick which is advantageous in many ways. It has more than 3,000 servers across 160 cities in 94 countries. The ExpressVPN lets you unblock Netflix, which can only be done with a few VPN services.

How to Install & Set Up ExpressVPN on Firestick / Fire TV

The ExpressVPN has pricing starting from a slightly high price at $12.95/month. The 6 months plan is priced at $9.99/month billed half yearly and their yearly plan at $8.32/month billed $99.95 yearly. All these plans come with a 30-day money back guarantee which you can claim if your not satisfied with their service which is not the case. To save more money in your pocket, keep an eye on their website to catch one of their deals. They have a good 24/7 support with which you can get your issue solved anytime.

IPVanish is one of the fastest VPNs among the many other VPN services available. The app is easily accessible on Firestick as it has its own app in the Amazon app store so that you can install it easily on your firestick. This US-based VPN service has a lot of features and affordable pricing. It has more than 1300+ servers in around 75+ countries mostly in Europe and North America. It offers great speed for downloads and provides a good experience to the firestick users. It uses the AES-256 encryption protocol, which is used by most of the VPN providers and ensure strong safety against most of the brute force attacks. IPVasnish lets you connect with up to 10 devices simultaneously that even many premium service providers don’t offer.

How to Install IPVanish on Firestick / Fire TV

Aside from all these positives, to mention a few downsides, their customer service is not up to the mark. They don’t even have a live chat option for their customers which has become so basic and common now. IPVanish has competitive pricing starting from $10 a month. Next, to this, they don’t provide the traditional 6 months plan instead they have this 3-month plan billed quarterly at $13.49. If you wish to save you money with a great deal then choose their yearly plan at only $77.99, which equates to $6.49 per month, a lot of savings! IPVanish has a 7-day money back guarantee that lets you try their service and then you can go with a plan.

Romania based VPN service provider CyberGhost is one of the constantly growing VPN services in the industry. It has over 3000 servers across 60 countries. To compete with its rivals it allows connections up to 7 simultaneous devices. It can be your all in one VPN app for privacy, for restricted website access, to overcome geo-restrictions and more. It uses the OpenVPN protocol with AES 256-BIT Encryption that most of the companies use. CyberGhost uses perfect forward secrecy to provide advanced security to the users. It generates a new private key every time you log in and efficiently protects your online history. It unblocks most of the streaming sites which will be of great use being a Firestick user. You can directly download the app from the app store.

The monthly plans for CyberGhost start at $12.99.month. You can reduce it to half by paying a yearly $71.88 which equals $5.99 per month. The three-year plan could be a jackpot priced at only $2.75 per month or $99 every 3 years. The CyberGhost comes with a 45-day money-back guarantee to experience their service for free. It provides support through live chat and email. So you need to raise a ticket every time you face an issue. Other than that it was great using CyberGhost.

In recent times, VyprVPN strived hard to ensure internet privacy on account of many governments spying over their citizens randomly. They used a technique called Deep Packet Inspection or DPI that scans metadata to find people using VPN. After which they block you from VPN afterwards. This turned out to be a big problem for many of them. To solve this, VyprVPN used a technology called Chameleon that helps you escape from DPI scans making it the best VPN for firestick. But their zero logs policy was a bit different from others. They used to keep the details like IP address of the user, connection start and stop time and a total number of bytes used for about 30 days. But that doesn’t mean that your data is not safe. It unblocks Netflix and also let you access geo-restricted movies and TV shows. The VyprVPN is available on the Amazon store.

It has two different pricing plans basic and premium. It starts with $9.95/month for a monthly subscription but it cut downs to $5.00/month when you pay for a year. The premium plan costs you $12.95/month for a monthly subscription. You can get it at $6.67/month when paid yearly. The support of the VyprVPN has improved time. Most of the times, you receive a response from them in less than ten minutes.

The PrivateVPN is a powerful VPN service with 100 servers at 59 countries. They offer a lot of features and provide unlimited bandwidth across all plans. The PrivateVPN is one of the best VPN for Firestick as it offers bank-grade protection that even a brute force attack can get in. You can easily get it on your Firestick as it is available directly. You can conveniently watch Netflix as it unblocks Netflix and other geo-restricted apps on firestick.

The plans start at only $5.95 per month and you can use six devices at the same time. They have the live chat support that offers 24/7 support to the customers. They also provide the ticketing feature that provides a quicker response.

Related post: Top 10 Must Have Apps for Your Amazon Firestick

You can choose from any of these listed best VPNs for firestick. All these VPNs have the best in class features and have a dedicated app for the firestick. Choose from your personal preference on which VPN suits you and choose a plan accordingly. Comment below if you want to add anything to this topic.