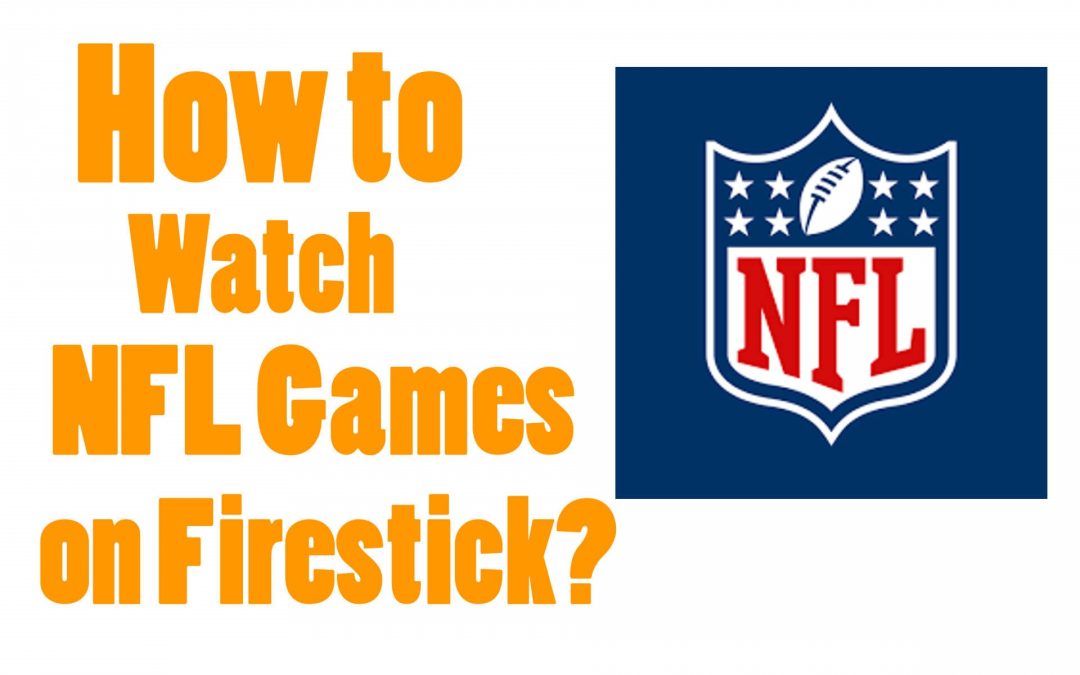 NFL is a globally watched popular Football league. You can watch live football games, exciting videos, highlights, and replays of all NFL games within the NFL app. NFL is one of the most popular sports leagues in the United States. You can get all the NFL updates through an NFL Game Pass subscription. This feature provides even-the-minute NFL score updates and allows you to watch highlights during live streaming. In addition to this, you can select your favorite team and get customized notifications and updates about the team. Not only live streaming and highlights, but it also offers on-demand game content too. You can stream all your NFL games on various devices like smartphones, Tablets, Android TV, Chromecast, Amazon Firestick, and many more.

VPN for NFL on Firestick

To stream all your NFL games live, you need to use a VPN on your Firestick. Streaming NFL requires VPN, as its broadcasts are based on geographical location. If you want to watch NFL outside the US, you are required to use a VPN for Firestick for safe and better streaming.

How to Stream NFL on Amazon Firestick without Cable

You can stream NFL on Fire TV Stick using steaming apps without cable. We have listed some of the best Firestick apps for live NFL games on your Firestick.

NFL app is an official app on Firestick. You can download and install it onto Firestick directly from the Amazon App Store. This app provides full access to the NFL game pass, so you can subscribe to the NFL game pass within this app and watch your favorite NFL games live, on-demand, and all NFL-related content. It is the best Football app that gives instant access to trending Football videos over the world.

Sling TV is an official app that you can directly download from the Amazon App Store. It is a subscription-based streaming service that offers movies, TV shows, and various sports events. It is provided with plenty of sports streaming apps within its subscription plans (Orange and Blue). To get all the NFL games, you have to pay (an extra $25) for both the orange and Blue plans. Subscribing to both plans allows you to access Sling TV on Firestick on 4 devices simultaneously. It features DVR storage to record all your favorite videos for up to 50 hours.

Playstation Vue is an over-the-top Television streaming app. You can install it onto the Firestick directly from the Amazon App Store. It offers live TV and on-demand content based on your subscription. You can watch various live sports channels within this app. It includes CBS, ESPN, Fox, NBC, and the NFL Network in its Access plan. Subscribe to the Elite plan, which offers additional sports channels like ESPN Deportes, Fox Deportes, and all the Tennis Channels. In addition to these, the sports pack add-on includes NBC Sports and other Fox Sports networks. Subscribe to PlayStation Vue, and you can watch all the NFL league games on your Firestick.

YouTube TV is one the best streaming with over 60+ channels that includes NFL games. You can get it from the Amazon App Store on Firestick. You can stream various TV shows, movies, live sports, etc. A monthly subscription to YouTube on Firestick costs $64.99/month. Moreover, YouTube TV comes with unlimited cloud DVR storage and 3 simultaneous streams. It is compatible with Fire TV, Apple TV, Google TV, Smart TVs, Gaming Consoles, etc.

fubo TV is a subscription-based streaming platform that is officially available on Firestick. It offers over 90+ channels, including NFL. With a monthly subscription at $69.99/ month, you will get unlimited cloud DVR storage and a 7-day free trial. It also offers other premium channels like ESPN, Fox News, Disney Channel, Comedy Central, HGTV, etc. It is compatible with Fires TV, Apple TV, Chromecast, Roku, Android TV, LG TV, etc.

How to Watch NFL Games on Firestick for Free

You can watch live and highlights of NFL games through cable networks and online websites, which may cost you high. To avoid this difficulty, you can stream and watch all your NFL games on Firestick without any cost. It is possible, many free streaming applications stream NFL games. Some of the free NFL streaming Firestick apps are,

Swift Streamz is an online streaming app that provides movies, TV shows, and live TV from various networks. This app is not found on Amazon App Store, so it can be side-loaded onto the firestick. There are 700+ TV channels organized under different categories. Form these heading over to the Sports category and select any of the NFL streaming channels like NBC, ESPN, Sky Sports, Fox Sports, and many more.

Mobdro is one of the best live TV streaming apps which is not found on the Amazon App Store. You have to side-loaded it onto the Firestick by using the downloader app. Mobdro is a cost-free app with which you can enjoy your streaming even without any login. It is featured on hundreds of live TV channels from all around the world. Mobdro app on Firestick allows you to search for NFL league games and stream live NFL games from various channels like ESPN, BT Sports, NBC Sports Network, Bein Sports, and many more.

NFL on Firestick lets you instantly watch all live NFL league games. In addition to all of these, Kodi on Firestick also provides various NFL streaming add-ons. It streams various sports events from all over the world. You can install it on firestick and enjoy your NFL games, as many of them are cost-free.

Can you watch NFL on Firestick?

Yes, you can stream NFL games on Fire TV.

How to watch football games without cable?

You can use the streaming app to stream your favorite football games without cable.

Why is NFL not working on Firestick?

Check whether your NFL game pass is active and try again.

How much is the NFL network?

NFL game pass subscription costs $9.99/ month and $99.99/year. You can subscribe to the plans from their NFL website.

Where to watch the NFL games for free?

You can stream NFL games for free using the Amazon Silk browser for Fire TV.

Is the NFL network free with Amazon Prime?