How to Watch Ted Lasso on Firestick / Fire TV 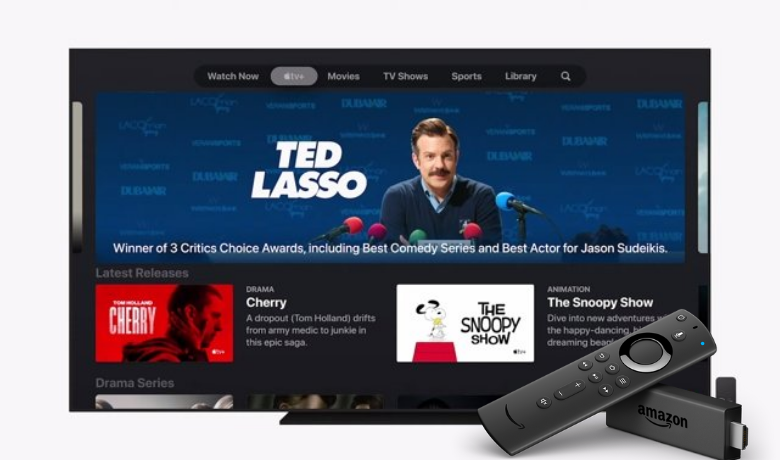 Ted Lasso is an American web series where the first season was released in 2020. This series is considered one of the best sports comedy web series. The story is about Ted Lasso, an American Football coach hired by the underperforming English football team. The rest of the plot is filled with comedy where Ted Laso scriptures the English Football team to become a winning team. You can watch the Ted Lasso series with the Apple TV+ subscription. Also, you can watch the Ted Lasso on your Firestick as the Apple TV app is available on it.

Related – How to watch The Boys on Firestick

Season 1 was released in the year 2020 with 10 episodes. In the following year, 2021, season 2 was released with 12 episodes. With the success of season 1 and season 2, a third season was renewed, but the release date is yet to be known.

How to Watch Ted Lasso on Firestick

1. Select the Find tab from the home screen of your Firestick.

2. Then, select the Search tile.

3. Now, an on-screen keyboard will appear on your Fire TV’s screen.

4. Use your Fire TV remote to enter Apple TV and search for it.

5. Pick the Apple TV app from the Apps & Games category.

6. You can now see the Get or Download button below the description of the Apple TV app. Click on it.

10. Search for Ted Lasso and watch on your Firestick.

Related – How to watch Sherlock on Firestick

1. Install the ES File Explorer on Firestick. Next, Go to Settings > My Fire TV > Developer options > Apps from Unknown Sources > Turn On.

2. Then, launch the ES File Explorer.

3. Select Tools from the left pane and select Download Manager from the Tools section.

4. Now, select the New tab from the lower-left corner.

6. Also, you can enter the File’s name in the Name field.

9. Select the Install button after downloading the APK File.

10. Now, the Apple TV app will be installed on your Firestick.

12. Search for Ted Lasso and enjoy watching it on your Firestick.

Related – How to Watch Dark on Firestick

Ted Lasso is one of the series that can entertain you. So, don’t miss out on the series. Also, the Ted Lasso series is only available to watch with the Apple TV+ subscription on the Apple TV app. So, install the Apple TV app on your Firestick and watch Ted Lasso. Also, if you have any streaming issues, you can comment below.