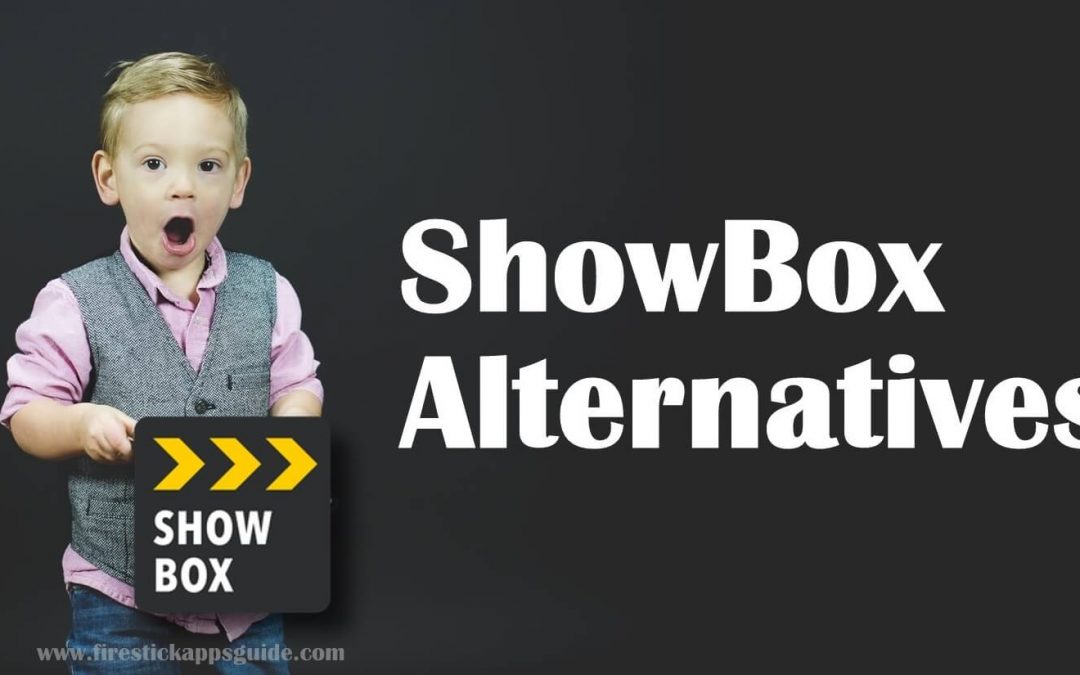 ShowBox was one of the most used popular apps for streaming Movies, TV shows, etc. Suddenly the news came like a shock for many that the app is shut down due to a lawsuit against it regarding copyrighted content. The ShowBox was mostly used by the Firestick users to stream movies directly to their TVs or Amazon firestick connected devices. Not only on Firestick, but the app was also popular on Android, iOS, Android TV boxes, Kodi, and Roku. This shutdown has made many rely on ShowBox alternatives. Thus we have crafted a list of best Showbox alternatives for you to replace ShowBox. Most of these apps provide HD content like ShowBox and some even look like ShowBox app itself. You can try these apps and stick on to the one that satisfies you.

Warning: It is always recommended to use a VPN while streaming third-party apps on firestick. The Government and ISPs are constantly tracking the users and in case of you streaming any copyrighted content like movies, sports, TV shows, etc it becomes easy for the government and ISP to track your identity which may lead you face serious troubles. It is better to sign up with a free Firestick VPN service to experience hassle-free streaming.

ShowBox was on top in the list of Best apps for firestick and thus people are constantly in search for a replacement of the app. It is similar to the MovieBox and Terrarium TV that provided HD movies. The apps in the list below are all popular apps and include app both from the Amazon app store and third-party apps. Certain third-party apps don’t have the native support with the firestick remote. So install mouse toggle for firestick to easily navigate through third-party apps. Also, have the side loader apps like Downloader and ES File Explorer to install these apps.

Downloader for Firestick – Simple and easy app to sideload and install the apps on firestick.

ES File Explorer for Firestick – A file manager app that is most commonly used to sideload apps. Available in the Amazon store.

Kodi is a popular media player app that is used to stream movies, TV shows, live TV, sports or anything as it has no limits when it comes to streaming. Due to its extensive range of addons, you can get anything you want on Kodi. You have plenty of Video addons, movie addons and addons for every other need. Kodi is always considered one of the best alternatives to ShowBox. Kodi is an open-source platform and is developed a group of developers so that app is constantly been monitored and updated by a lot of people. So you have many people and forums to help you when are stuck.

Also, the contents are provided by the addons and you have the advantage of switching between and you don’t have to rely on one. You can instantly install a Kodi addon and start streaming. So it will be a great TV streaming experience with Kodi on Firestick.

Popcorn Time is another popular app for media streaming. It is developed as an Apk file but works perfectly on the firestick. It works with BitTorrent for downloading movies and plays it via media player. So you will have to install a VPN service to save stream movies, TV shows, etc anonymously. Thus you can watch movies for free using PopcornTime and becomes an alternative for the subscription-based services.

How to install Popcorn Time on Firestick

The Cinema Apk is a popular Android application used to stream latest and trending movies and TV shows. The app got popular especially after the shutdown of popular apps like ShowBox. You can stream movies for free and with the frequently updated database, one cannot run out of media content on the Cinema Apk. The other important advantage of Cinema Apk is that the app is entirely ad-free. So that you can peacefully stream your favourite media without those annoying ads. The app is available for Android, iOS, Firestick, Roku, PC, etc.

How to Install Cinema HD Apk on Firestick / Fire TV

TVZion is a media streaming application that works great in its way. It has a simple and clean interface. It has support for MX Player, real-debrid and trakt which is noticeable. However, you have a limit of 500 hours on TVZion. To get an additional 1000 hours, you should install an app recommended by this app. TVZion has the ability to auto-play content. The source filtering option of TVZion helps you identify failed links. That is when a link fails or no longer works, TVZion flags it as failed so that you don’t have to try with it.

Tea TV has its story similar to Cinema apk. It became popular among the screaming fans, after the shutdown of Terrarium TV. The app is worth mentioning in this list because of the features it has. The app has a good collection of movies in high quality. We felt a slight delay in playback on Tea TV. It scraps a mix of 720p and 1080p links while you search for content. You can easily download it from the Google Play Store and install it on your firestick, or any other device.

How to Install TeaTV on FireStick / Fire TV

CyberFlix TV is an app to watch movies, TV shows, on-demand content and more. It is one of the best alternative to Showbox as the app is available on Android, iOS, Firestick, Roku, tablets, etc. The app looks similar to the Titanium TV and Terrarium TV. The app scraps videos and gives you choices with multiple qualities for you to choose. Though the app is not available with Amazon, the app works perfectly with the Firestick remote. And you don’t need a third party app to control it.

Mobdro is an app to watch free movies and TV Shows online. It is a familiar app to many and has been in trending several times. The UI is designed in such a way that it is easy for the users to search for the contents listed under different genres. Most of the contents including animated and cartoon videos are available in HD. Mobdro lets you download videos to your device to watch them later. It also has a sleep timer option which is not found in many other apps.

How to install Mobdro on Firestick/Fire TV?

FreeFlix HQ is an app to watch 1080P movies, TV shows, 5000+ animes videos, movies, WWE videos and more. The library is updated on a daily basis and has a TV calendar so that you can never your favourite shows. IT has the trakt support to track your activity. The simple UI makes it easy to access any category within the app like movies, trailers, IMDB ratings, etc. It supports subtitles in more than 70 languages. Like most of the other apps, it lets you download and watch movies later. FreeFlix HQ has the Chromecast support with which you can cast movies to your TV or big screen easily. The app is available for almost all platforms like Android, iOS, Firestick, Roku, Xbox One, etc.

Tubi TV is a free movie and TV shows streaming app. It has nearly 35 categories and hs a lot of movies listed in it. Most of the videos are listed as Not on Netflix which means the app has content which you cannot watch on Netflix. The UI of Tubi is clean and informative. Below the movie, tile has the description, category, cast, run time, etc. You also have the share buttons to share the movie on Facebook and Twitter. The media player of Tubi has the 30 seconds buttons to jump back or forward. Tap on the Chromecast button to cast the media you are watching. Thus it is a complete package and a must-try alternative to ShowBox.

The apps listed above has features and abilities equal to or more than the ShowBox. So it is worth trying any of the above apps and replace the space of ShowBox on your device. Most of the apps are available on multiple platforms which makes it easy to use. Did we miss your favourite app, leave it in the comment below.