Android TV Box Vs Firestick Comparison | Which one to Choose? 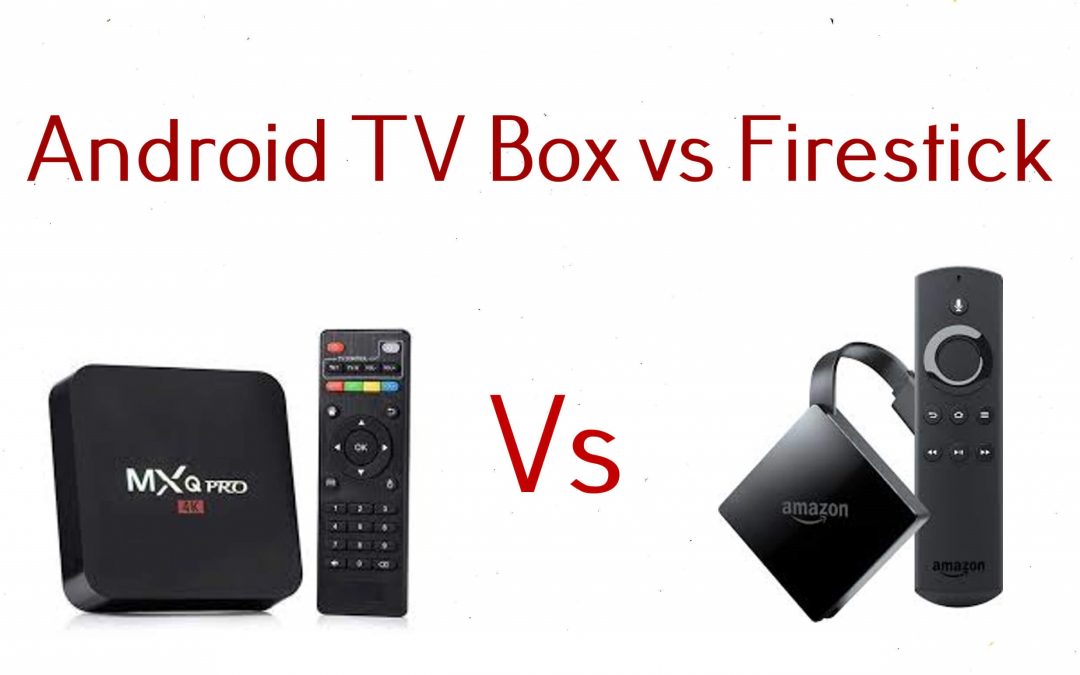 The tremendous growth of streaming services and media players made it simple to get all your favorite media content in one place over the internet. You can access these streaming services on any of your devices, including smartphones, computers, and smart TVs. There are plenty of streaming devices available such as Amazon Firestick, Roku, Android TV, Fire TV, Google Chromecast, and much more. These streaming devices are the tool to get unlimited HD streaming on your home entertainment devices. Not only streaming, but you can also play games, watch live TV and do much more with these devices. Among these, the two most popular streaming devices are Android TV and Amazon Firestick. Now let us have a detailed comparison of Firestick vs Android TV box.

What is Android TV Box?

Android TV box is a small media streaming tool that is connected to your TV to watch movies, TV shows, and live channels from various sources. It turns your normal Television into a smart TV. Along with streaming, you may also play various games. It is running on the Android Operating System, the same we use on smartphones and tablets. Like mobiles and tablets, you can install and access all your apps on the Android TV box. It allows you to play locally stored media files and also from different online sources.

Amazon Firestick is a dongle that is a USB-sized streaming device that needs to be plugged into the HDMI port on your TV. It supports various streaming apps to access your favorite media content, including movies, TV programs, and live streaming from different networks. It also allows you to play various games, both offline and online games, since it is an Amazon-owned streaming media player based on the Android operating system. Thus you can install any number of Android apps available on the Google Play Store.

Both the streaming devices are cost-effective with different approach. The Android TV boxes are available in all price ranges. You can even buy a budget Android box for $50, and at the same time, you can also buy high-end Amid-range Android TV boxes that cost up to $100, and the High-ended Android TV boxes will cost $100 or more.

Amazon offers three different portable streaming devices, all are designed with different features at various cost. The basic Amazon Firestick cost $40, and the latest version, Firestick 4K, will cost $50 and comes with an Alexa voice remote. The Fire TV Cube is priced at $120.

Android TV Box is designed with a highly customizable interface. You can add a number of streaming apps, games and watch the playlist on the home screen.

An Amazon Firestick is designed with good user interface but it is not the friendliest as many of the features remain hidden. You can add and remove the featured apps from your recently used tab. On the top of the Firestick home screen, there are six major options listed for easy and instant access. They are the Search, Home, Your Videos, Movies, TV Shows, Apps and Settings.

Android TV box is an oversized and heavy device, so it is difficult to take with us while travelling. It may be difficult to stuff among your luggage and may get damaged. You have to take a power adapter, remote control and connecting wires along with the Android TV box.

On the other hand, an Amazon Firestick is the small handy tool which looks like a flash drive. It is completely portable and easy to carry along wherever you go. If you want to watch TV shows frequently in different locations, Firestick is the best streaming tool.

Both the devices come with better wireless remote control. An Android TV Box remote comes along with its purchase. It is a Bluetooth remote which is built-in with voice integration. It is provided with a Microphone button, press and hold this button to use your Google assistant to play movies and TV shows using your voice commands. You can also use the Android TV Box remote app to control various actions.

An Amazon Firestick remote is provided along with the Firestick purchase. The latest version Firestick comes with an Alexa Voice Remote. You can use this Alexa Voice feature by pressing the microphone button. You may search for titles, play, pause, rewind, turn off, video playback, install new apps and many more using this Alexa voice. Amazon launched the Fire TV remote app for both Android and iOS devices, which functions similar to your Firestick remote.

An Amazon Firestick is built-in with Amazon App Store, where you can find all official apps and games supported by Firestick. Firestick allows you to install and access the various third-party apps, which can be done by side-loading apps from its source. Similarly, you can play various games on your Firestick. It runs on the Android OS and so you can access most of the Android supported apps. One of the major difficulties is that Firestick doesn’t support Google Play services like Google play music, Google Photos, and Google Play Movies.

Android TV box supports all video and audio resolutions. You can play videos up to 4K Ultra HD, and you can switch between different resolutions 720p, 1080p, 1080i and HD based on your internet speed. You can enjoy your streaming with good audio quality as it supports Dolby Atmos, Dolby TrueHD, Dolby Digital (AC3) and Dolby Digital Plus (E-AC3).

The basic version of Firestick supports video resolution up to 1080p. To rectify this difficulty, Amazon launched Firestick 4K which supports all the high definition resolutions including 720p, 1080p, 2160p and 4K Ultra HD.

You can watch bunch of media contents on your Android TV box. Also, you can install various live TV streaming apps and enjoy live sports, news, movies and other entertainment shows over the internet. You can also watch various on-demand contents whenever you want. It also allows you to access all its supported third-party streaming apps.

Both the devices allows you to get all the local channels to your home entertainment device.

You may be interested in Amazon Fire TV vs Firestick

All the specifications and performance seem to be fine on both the devices, Firestick and the Android TV box. So, it is conclusive that both devices are best for streaming.

2. Is the Firestick devices cheap?