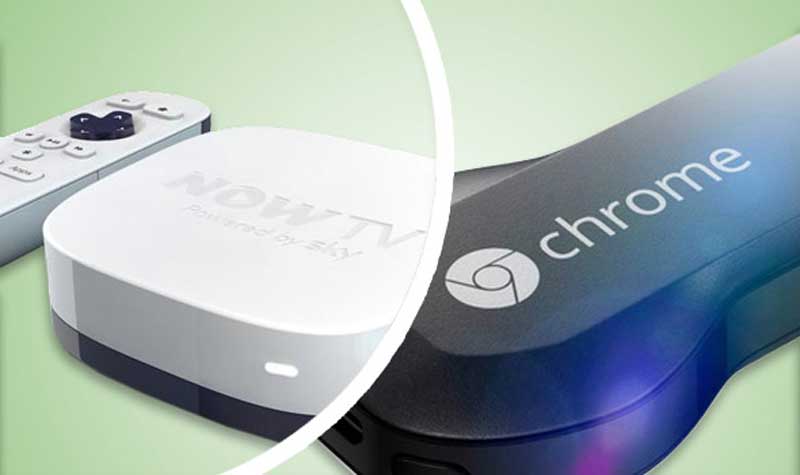 Now TV is a subscription-based streaming service based in the UK that lets you flexibly watch the Sky network’s contents. Now TV allows its users to stream content, including Sky Sports, Sky Cinema, Sky Go, Sky Q, and Now TV on up to six devices. Based on the plan you have opted you can choose how many devices you need to cast. It has many packages like Entertainment packages, Kids packages, Cinema packages, Sports packages, and many other packages crafted for you to save more bucks. Now TV is available on Play Store and App Store, which makes it easy to access on Android devices like Firestick, Fire TV, Android boxes, Roku, etc. Now TV has its own Now TV Box to stream the Sky TV contents. Also, the Now TV app has built-in Chromecast support. That means you can cast your favorites from NOW TV to the big screen.

Looking at the prices for Now TV, it starts at a monthly rate of £3.99 for a Kids Pass, £9.99 for an Entertainment Pass, and £9.99 for a Cinema Pass. Sky Sports passes costs a bit high at £8.99 per day and £14.99 for a week or £33.99 for a month. As Sky TV is a competitor of Netflix, they have priced their passes wisely with a content library nearly equal to Netflix or Prime Video.

You can only watch Now TV from the UK, Ireland, and European countries. To access the app outside these locations, use a good VPN app to safely stream Now TV and its contents. Now let us see how to cast Now TV on Chromecast.

NOTE: NOW TV has currently been rebranded to Now.

How to Watch Now TV on Chromecast using an Android Smartphone

Initially, connect your Chromecast device to your TV and set it up. Next, you can follow the steps below to Chromecast Now TV.

#1 Initially, connect your Chromecast device and Android Smartphone to the same Wi-Fi network.

#2 Open the Google Play Store and install the Now app.

#3 Next, launch the Now app after installation.

#5 Now, tap on the Cast icon from the upper right corner.

#6 Select your Chromecast from the list of devices displayed on your Smartphone’s screen.

#7 With this, the contents of the Now TV will be cast to Chromecast.

See how to Cast / Mirror iPhone to Firestick [Updated]

How to watch Now TV on Chromecast using an iOS Smartphone

Connect your Chromecast device and iOS Smartphone to the same Wi-Fi network and follow the steps below.

1. Install the Now app from the App Store.

4. Next, tap on the Cast icon from the upper right corner.

5. Choose your Chromecast device from the list of available devices.

6. Finally, the content from the NOW app will play on your Chromecast-connected TV.

See how to Install Sky Go on Firestick [Working]

How to Watch Now TV on Chromecast from PC

The following are the steps to cast the Now TV from the PC.

1. On a web browser, visit the official website of Now TV.

3. Search or browse for any of your favorite content.

4. Then, play your favorites.

5. Afterwards, click on the Three Vertical Dots icon from the upper right corner.

6. Choose the Cast option from the list of options displayed.

8. Finally, the content from the Now TV will be displayed on your TV.

Also, you can check how to Chromecast Crunchyroll

Now, you have to pay for a subscription to access the Now TV app.