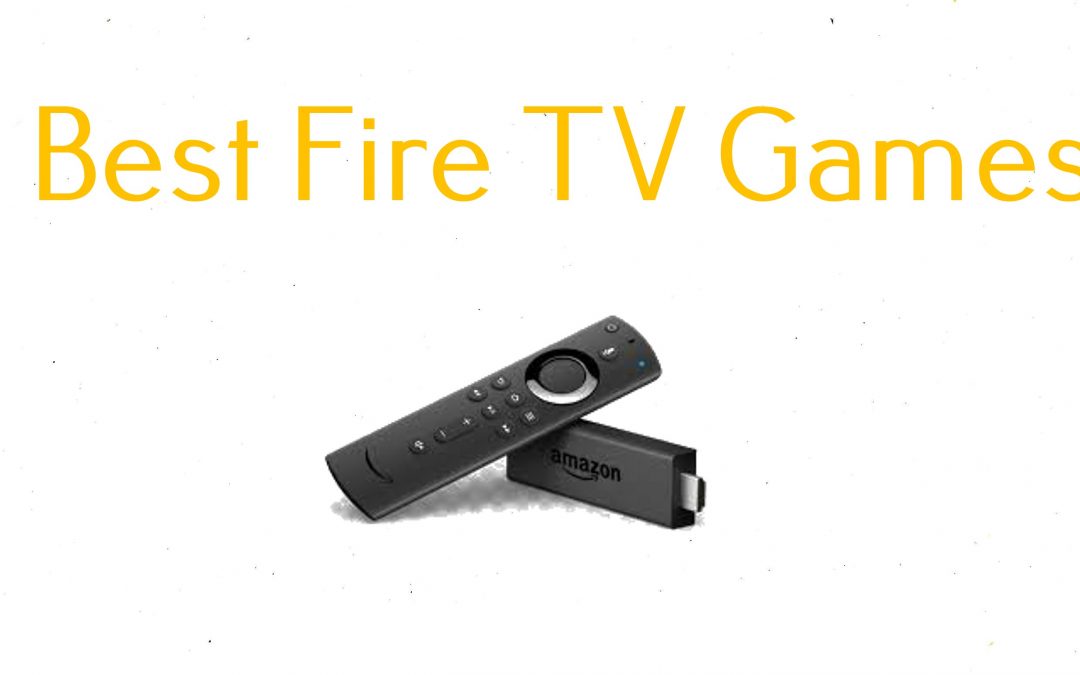 Fire TV and Firestick are excellent devices from Amazon made especially for streaming movies and online content. In addition to streaming, you can also enjoy gaming on Firestick. As the device runs on the fork of the Android Operating System, most android games can be played on Firestick and Fire TV. You can even side-load plenty of third-party gaming apps to play your favorite games on the Fire TV. We have listed some handpicked gaming apps for your Firestick.

How to Connect Game Controller with Firestick

Step1: Launch your Firestick home screen and click on the Settings option.

Step3: Under that, select Game Controllers.

Fire TV supports various free and paid gaming apps. Some of the best Fire TV gaming apps are listed below.

Stranger Things is one of the best action-adventure games on Amazon Fire TV and Firestick. This app is featured modern visuals with the latest graphic effects. It also features an exciting location and surroundings which you have never seen before. You have to solve the puzzles with the unique abilities of each character and undertake challenges to collect hidden goodies. This app is officially available on Amazon App Store to play on a big screen.

Badland is one of the high-rated action-adventure games. It is an official app found on the Amazon App Store. It takes side-scrollers to the next level with its innovative physics-based gameplay combined with stunning, atmospheric graphics and audio. This is featured a very attractive and natural forest full of various inhabitants, trees, and flowers. It features single-player gameplay with 100 levels and multiplayer mode for up to 4 players with 23 levels. It supports game controllers and has a cloud save feature.

Red Ball 4 is a fun physics-based puzzle game; you can directly download it from the Amazon App Store. It is an adventurous game that contains 75 levels. It is featured with Epic Boss Battles, Groovy Soundtrack, Cloud support, and HID controller support. It provides many optimizations and bug fixes to enhance your gaming experience. This game is the battle between the evil minions and the Red Ball. The evil minions try to attack the earth and make it square, and at that time, Red ball tries to stop them and saves the planet earth from becoming square.

Knights of the Old Republic is an expensive app on Firestick. It may cost $11 to play this game on your device. Playing this game with unique characters, creatures, vehicles, and planets gives a good gaming experience. You have to choose either playing for the light side or the dark side. In the game, you can travel to eight enormous worlds in your starship and choose your role from any of the nine-star war characters. You can download this app directly from the App Store to play this game and get a better gaming experience on your Fire TV.

Crossy Road is an endless game in which one can keep playing till grabbed by a bad eagle. It is a free game available on the Amazon App Store. Nearly 200 million people are using this gaming app. It is an addictive game that always keeps the user engaged. Crossy Road features innovative gameplay and attractive effects. Sign in with Google Play to save your characters, game progress, scores, and achievements with the Google play account.

Riptide GP2 is a fully-featured water racing game supported by Fire TV and Firestick. The game features improved graphics, interface, upgradeable hydro jets, and rides. In this game, you can battle with your friends online, and you can challenge your friends. Riptide GP2 builds on the original game’s stunning visuals with extra-detailed HD graphics. You can keep your game achievements on cloud storage with your Google account.

Prince of Persia is an action-adventure game developed by Ubisoft. It is an official gaming app based on the old classic game Prince of Persia. In this app, you can run fast and jump high, and simultaneously, you have to make sure to avoid spikes. You can enjoy dozens of unique levels to beat. It is a single-player game in which you will play the role of a Prince who goes on a long journey to find his past. To play this game on Fire TV, you must use the game controllers or joystick.

Minecraft is one of the best building games on Fire TV or Firestick. You can build everything from the simplest of homes to the grandest of castles. It is a subscription-based gaming app that costs up to $7 and comes with 30 days free trial. You can play this game in survival mode with never-ending features and creative mode, which offers unlimited resources, crafting weapons and armor to fend off dangerous mobs. You may get the latest creations in the market, unique maps, skins, and texture packs from your favorite creators.

Vendetta Online is a graphically intensive multiplayer online role-playing game set in space. The player can take the role of a spaceship pilot and battle with another player against the mysterious Hive. A wide variety of gameplay styles are available in this app. It offers a free trial with a low subscription cost of $1. This is the large and complex game support that supports the latest Bluetooth game controllers and classic USB-wired flight sticks. It also features single-player Free Play mode for users. You will find this app on the Amazon App Store, and you can install it on Firestick to play the game on the big screen.

Beach Buggy Blitz is a perfect racing game with an infinite drive environment that lets you play for hours without experiencing repetitive content. There are many unlockable contents with intuitive controls which helps to pick up and play easily. You can power up your car using the awards you have already earned. It also provides some cloud features which allow you to share your achievements with your friends.