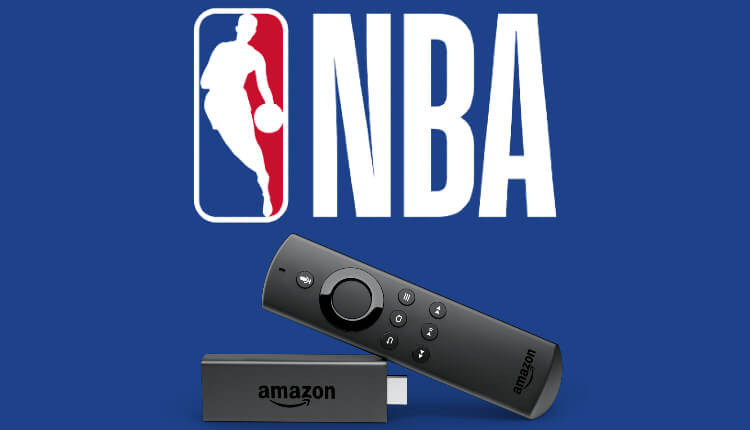 NBA (National Basketball Association) is one of the significant sports leagues in the United States. NBA is composed of twenty-nine American teams and one Canadian team. NBA is considered as one of the most professional basketball leagues in the entire world. Millions of people tune in to watch NBA league matches from their home. If you are a Firestick user and an NBA fan, then watching NBA on Firestick is a wise choice. Watching NBA on Amazon Fire Stick has lots of merits. You can follow NBA action every night and keep track of scores and schedules easily.

How to Install NBA on Firestick

NBA is an official app on the Firestick Apps store, so the installation procedure is pretty straightforward. Follow the instructions below to install NBA on Fire TV/ Firestick.

Step 2: Select the Search icon near the Home button.

Step 3: Search NBA and select the app from the search results.

Step 4: Click the Get button. The app will begin to download and install on your Fire TV stick.

Step 5: Once the app is downloaded select Open to launch the NBA app.

If you face any issue with Firestick remote, then we recommend to use this method.

Learn How to use Firestick Without Remote.

Step 1: Open any web browser on your computer and click here https://www.amazon.com/NBA-Digital-for-Fire-TV/dp/B00HX2CYJS, this will take you to the NBA app on Amazon App Store.

Step 3: Click the Continue button and select your Firestick name from the drop down.

Step 4: The app will be downloaded directly on your Fire TV stick in a few minutes.

You can find the NBA app on the Apps and Games section on Firestick. Sign with your NBA league pass credentials to access the app, if you haven’t created an account yet, go to NBA Packages to start a free trial.

NBA is directly available on Firestick, but it’s also available on other streaming apps like ABC, ESPN, and TNT. If you have an NBA League Pass, then enjoy NBA matches with extra features. NBA on Amazon Fire Stick has Mobile Enhanced Viewing where you can zoom in on live games, 24/7 live coverage, personalized broadcasts from NBA, ESPN and ABC networks. So, having a dedicated app on Firestick is worth it. Thanks for reading. For any queries, comment below.